Special thanks to Conversion Interactive Agency for the great work they did in putting together such an amazing agenda.

As a sponsor of the conference, DriverReach's booth also featured the Recruit & Retain Podcast where special guests, speakers, and attendees were interviewed. The first in the series of special Recruit & Retain: Trucking Edition editions of the Podcast were just released. 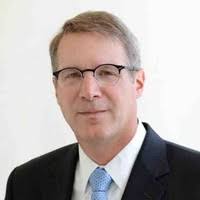 Hear from ATA President & CEO Chris Spear as he discusses the ATA’s Workforce Development Committee and the work being done to combat the driver shortage, as well as how technology improvements are making the roads safer for everyone.

Stay tuned as additional Podcasts from the R&R Conference are released.

See how DriverReach uses technology to improve your speed-to-hire schedule a demo, or learn more at www.DriverReach.com.

While it is tough to believe, we are nearly halfway through 2022. If your recruiting year has been f...

Regardless of how you entered into the world of driver recruiting, it probably had something to do w...

The Biggest Barriers to Speed-to-Hire in Driver Recruiting

In many professional industries, recruiters are asked to take their time with new applicants, comple...

Driver Recruiters: Put Yourself in the Driver Candidate’s Seat

Think back to the last time you went through the recruiting process. Was it when you were applying f...

10 Questions to Evaluate Your ATS Provider

As the trucking industry has changed over the last few years, CDL driver recruiting has shifted to...

If there is one major challenge that keeps CDL driver recruiters up at night (especially in this cur...

As the COVID-19 national emergency continues, the federal government is using its authority to grant...

Coronavirus (COVID-19) and The Supply Chain: What Should Driver Recruiters Do Now?

Over the course of the past week, the novel strain of the COVID-19 virus has hit the U.S. in full fo...

Webinar Q&A: " Part 2: Driver Retention 101 With WorkHound: Why Feedback Should Be Your Starting Point"

Did you have a chance to attend webinar, “Part 2: Driver Retention 101 With WorkHound: Why Feedback ...

Upcoming Webinar: "Driver Retention 101 with WorkHound: Why You're Drivers Aren't Sticking Around"

While many recruiting teams realize that increasing applicant numbers, recruiting, and retention is ...